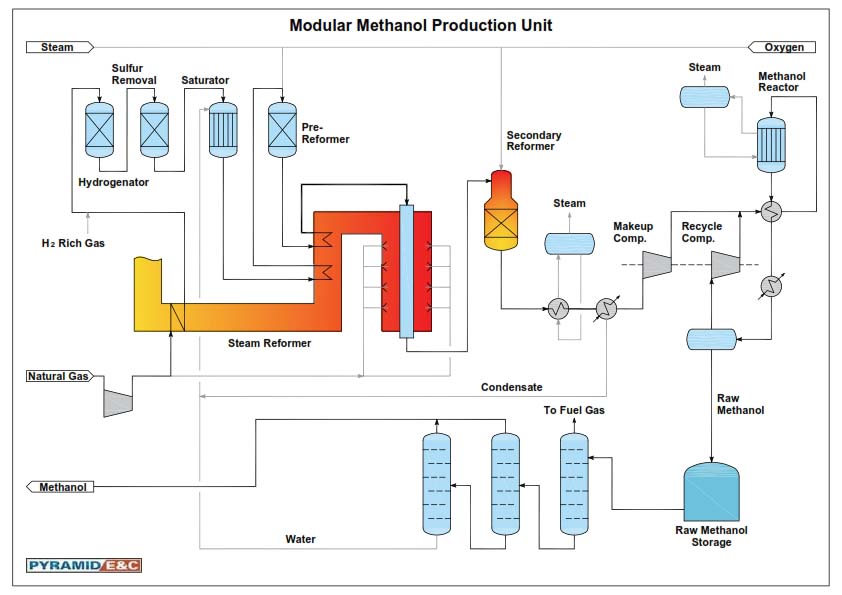 If battery limit pressure is low, the feed gas will need compression. Natural gas is pre-treated to remove liquids, water and acid gases. Hydrogenation and sulfur removal beds are used to remove traces of sulfur prior to reforming. The gas from methanol synthesis loop is used for hydrogenation of sulfur compounds.

The distillation section is a single column unit if used for production of Fuel-grade methanol (blending component for gasoline). The section can be expanded to two or three columns unit to produce grade AA methanol (typical chemical grade) and optimize the energy requirements.

Back to Fast Track Solutions Page